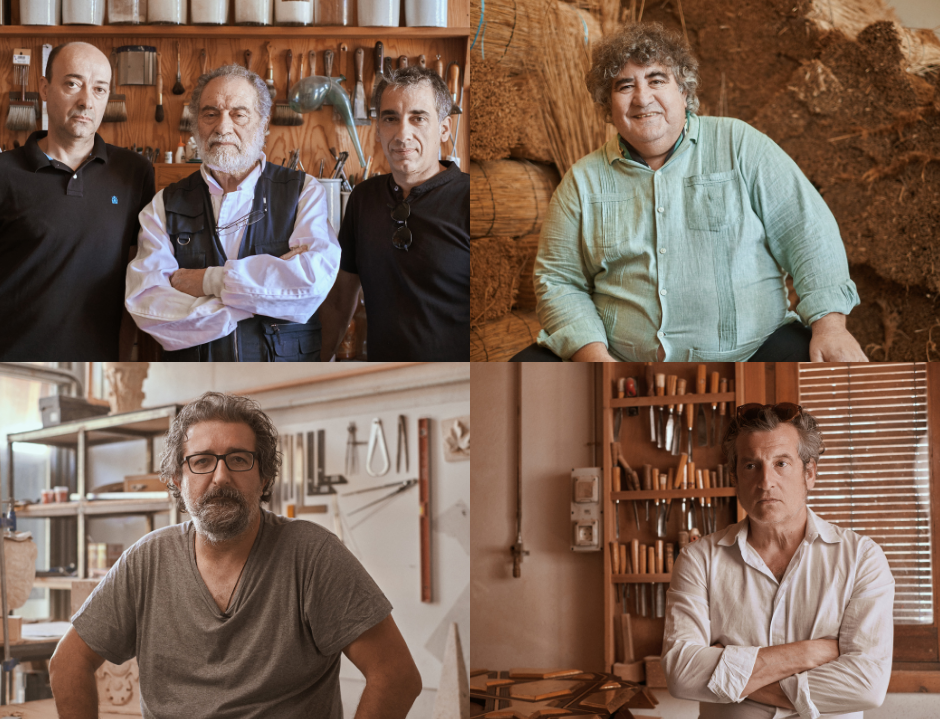 The Richard H. Driehaus Building Arts Awards are presented each year  in Spain. The awards are generously funded by US financier and philanthropist Richard H. Driehaus, and amount to a total of €54,000. This is now the fourth consecutive year that the competition has taken place.

Each year, the jury select four artisans from the following categories: carpentry; stone carving; tiling and other decorative finishes; and ironwork and glasswork. Each craftsperson is awarded €10,000. Financial support is offered to practitioners so that they may continue to promote standards of excellence in their chosen craft. The importance of preserving these traditions is also more poignant than ever as we approach a state of climate emergency. Many of these smaller scale, traditional methods of building, have much lower carbon footprints than standardised or more readily available alternatives.

The jury also select one artisan to be awarded an additional €10,000 to go towards the training of an apprentice. This year, the scholarship granted to an apprentice takes the name of architect Donald Gray, author of La Virginia and Las Lomas de Marbella Club, who passed away in 2019 and who was a staunch advocate of the use of traditional techniques, materials, and forms of construction.

The jury is composed of representatives from the Ministry of Transport, Mobility and Urban Agenda, the Ministry of Culture and Sports, INTBAU, the Rafael Manzano Award, architect and draughtsman José María Pérez González, Peridis and the Marquis of Santa Cruz, recipient of the Gold Medal of the Fine Arts.

This year, the winners of each category are as follows:

In the first category for glasswork, are the family of master glassworkers, Muñoz de Pablos, whose workshop is located in Segovia. Some of their most relevant projects include the restoration of the stained glass in the Segovia and Ávila Cathedrals, the Bank of Spain, the Congreso de los Diputados (Parliament), the Palace of the Senate and San Pietro in Montorio in Roma, as well as the making of stained glass for buildings such as the Alcázar in Segovia.

One of the most outstanding professionals of the capintería de armar, Francisco Luis Martos, is the winner of the award in the woodwork category. His workshop in Úbeda (Jaén), specialises in Mudejar style coffered ceilings and muqarnas. He has restored numerous coffered ceilings in monuments such as the Alcázar in Toledo, and he has designed and constructed new coffered ceilings in homes, hotels and restaurants in Spain and abroad. His success led him to open a branch in Beverly Hills, Los Angeles.

Rodrigo de la Torre, from Valladolid, is the winner in the masonry and stonework category. He specialises in the conservation and restoration of monuments. Some of his most important projects can be found at the Cathedrals of Palencia, León, Santo Domingo de la Calzada, Calahorra, Gerona, Avila, Vitoria, Jaca, Tudela and Burgos, and at the Colegiata de San Isidoro de León, the Church of San Pablo in Valladolid, the Roman arch of Medinaceli, the Monastery of Santa María de la Huerta and the Monastery of Santa María la Real in Nájera.

Finally, the winner of the tiling and decorative finishing is an artisan who has done much to recover the traditional building technique of using reed for thatched roofs. This was once very popular in Europe and now it is seeing a resurgence in Spain because of the material’s environmental benefits. The winner is one of the last remaining artisans to build roofs in this way, master hut maker Antonio Gandano, from Arcos de la Frontera (Cádiz).

Additionally, in order to contribute to the continuity of the traditional building techniques in this same field, the jury selected Antonio Gandano as a recipient of the Donald Gray Construction Arts Scholarship, endowed with an additional €14,000 for the training of an apprentice.

The Richard H. Driehaus Charitable Lead Trust in Spain also supports the Rafael Manzano Architecture Prize, which recognises the work of national and international architects who submit designs for Spanish and Portuguese towns that are in keeping with the local architectural traditions; the Driehaus Architecture Competition, which seeks to recover the heritage of Spanish cities and towns; and the National Network of Traditional Construction Masters, an online, free and accessible directory that lists all building professionals in the field. This National Network also organises international architecture seminars and workshops in Spain.