Back to Events, Feature, News, 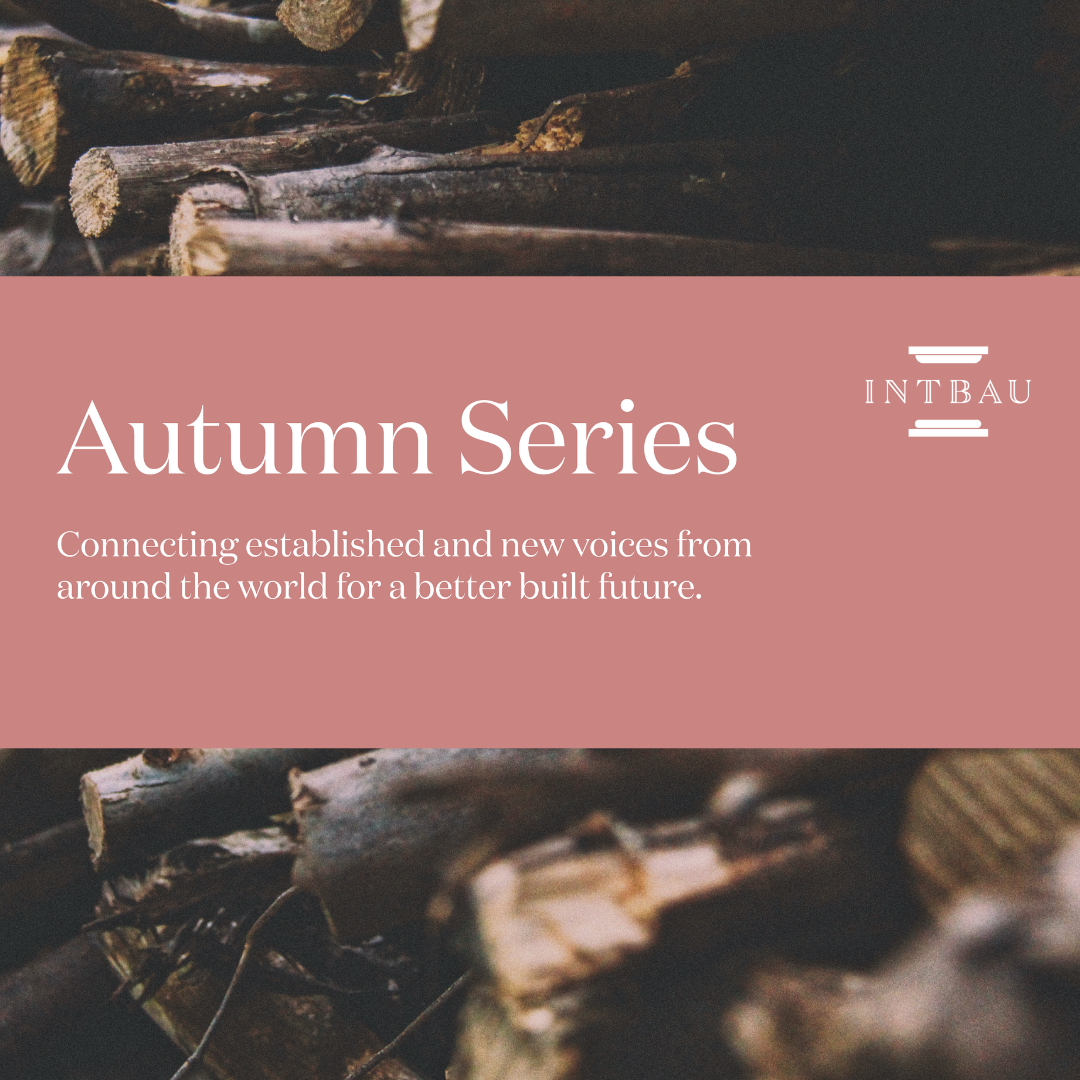 Online events and recorded talks offer an opportunity to connect with the world, and to learn from one another’s local methods of designing for a better built future.

INTBAU is a leader in the delivery of learning and discussion on traditional building, architecture, and urbanism – topics that are of urgent relevance as we all become more aware of the impacts the built environment has on people, communities, and the planet.

Launching on 30 September, this Autumn Series of 6+ new sessions follows on from the success of our Summer Series.

In The Mood For Architecture: Tradition, Modernism and Serendipity Professional member Lucien Steil in conversation with young practitioner, Zeynep Iqbal. You can watch the recording here.

In this second session in INTBAU’s Autumn Series, María Sánchez and Pedro Pablo Godoy will be discussing their role in designing the new town of Cayalá, as an extension to the city of Guatemala. The pair will be joined by renowned urbanist, Léon Krier, who has collaborated with María and Pedro as Masterplanner on this project, and a new town in México.

María Sánchez and Pedro Godoy are the Directors of Estudio Urbano, an architectural practice based in Guatemala which specialises in traditional architecture, urban planning and landscape architecture. They also serve as Town Architect for Cayalá, and founded Arte Civico, a nonprofit foundation that promotes an integrated vision of placemaking.

You can watch this talk online here.

Networking in the Built Earth World

For this third session in INTBAU’s Autumn Series, we will hear from international representatives from organisations working to normalise the use of earth in construction. The talk will be followed by a live Q&A session with the audience.

The panel discussion will be chaired by Rowland Keable, Honorary Professor and UNESCO Chair on Earthen Architecture, who is also CEO of Earth Building UK and Ireland, Ebuki and Director of Rammed Earth Consulting CIC. Speakers include mason and architect, Sourabh Phadke, who works with communities in India to help them design and build for themselves using local resources and building practices and Ben Loescher, of Loescher Meachen Architects, who is also a charter member and Chair of the Earthbuilders’ Guild, the trade association for earthbuilding in the United States.

You can watch this talk recording online here.

Engelsberg: a year on

For the fourth session in INTBAU’s Autumn Series, join students from the last Engelsberg Summer School in Classical Architecture as they discuss how the course has helped shape the trajectory of their own careers and impacted upon their personal development in the field of classical architecture.