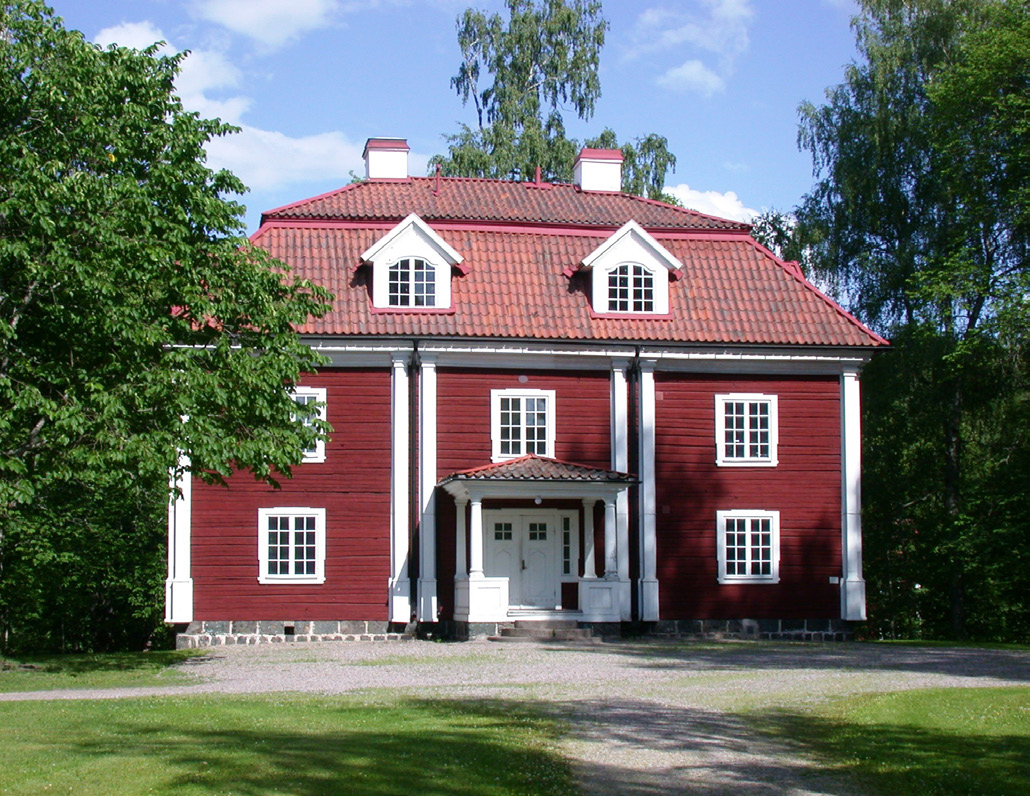 Diana Yu is an INTBAU Young Practitioner. She works for ADAM Architecture as an Associate, Architectural Assistant, having graduated from the University of Notre Dame with a Bachelor of Architecture degree specializing in classical and traditional design. She is currently a student at our Engelsberg Summer School in Classical Architecture, taking place this month Ängelsberg, Sweden.

We arrived in Engelsberg Bruk on a beautiful Sunday afternoon. The Swedish countryside was in full summer swing with its lush forests, glistening lakes, and soft breezes. We spent the first few days making introductions and settling into Engelsberg Ironworks, a historic village which has been a UNESCO World Heritage Site since 1993. On the first official summer school evening, we were welcomed with an impressively extravagant dinner, complete with piano and opera performances! There were many other guests from a variety of backgrounds. It quickly became clear that this was a network and community of dedicated individuals who care deeply about traditional and classical architecture, both its role in preserving the heritage and identity of places, and in providing more human-centric and sustainable urban environments.

The sentiments were also shared amongst the individuals in the program as well. I was pleased to see such a diverse group of people who have come from China, Turkey, Iran, the Philippines, the Netherlands, Bangladesh, Sweden, Ukraine, and the United States. It was interesting to hear everyone’s background stories and their reasons for attending the summer program. Several came because their university did not offer any courses on traditional and classical architecture (some universities more disapproving than others). One individual in particular has been teaching himself classical architecture for the past two years in China. Another individual felt she lost her way in the profession and was here to study something she felt very strongly about and wanted to learn more of. Interestingly, another individual felt the pressure of instructor expectations and grades, and wanted to take this opportunity to explore design ideas more freely.

Many others were more like myself who were here to simply continue their education. The month long INTBAU program came to me as a most welcomed break to my nearly five years of professional life. I felt the Engelsberg Summer School was the perfect opportunity to refresh my memory on classical and traditional architecture, to continue my practice of hand drawing, to explore design ideas of my own, and, of course, to meet other like-minded individuals.

As the first week commenced, we began with a lecture on the introduction to classical architecture by Robert Adam who spoke on the versatility and ever-changing regional variations of classical architecture throughout history. George Saumarez-Smith spoke on the romance of classicism and how its interpretation has varied throughout history. He explained that, unlike in ancient Greek and Roman antiquity when the orders were understood symbolically through their allegorical meanings, the Renaissance period interpreted classicism in a rigidly empirical manner, preferring to use fractions and proportions. Interestingly he felt that the romanticism has been brought back to classical architecture today through social platforms like Instagram.

Both individuals also gave lectures on their work (something that all instructors have been asked to do this year), which fascinated many and was a source of inspiration to those interested in practicing classical architecture in the future. Jenny Bevan and Christopher Liberatos gave a presentation on not only their work, but also their preservation efforts within Charleston—a good reminder for architects to be more proactive and political in their communities if they want to see improvement and real change.

Between lectures, we had several drawing courses led by Christopher Rådlund, a contemporary Swedish neo-romanticist artist, who wanted us to focus on drawing plants and understanding the “in-between” spaces. As we became more comfortable with drawing generally, we transitioned to sketching one-point perspectives, which was then followed by a lesson in lettering—all useful tools to have as we gear up for our upcoming design projects. Can’t wait to see what the next week has in store for us!

For more information regarding the Engelsberg Summer School in Classical Architecture, visit here

If you are interested in our Young Practitioner, Professional, or other memberships, visit here.