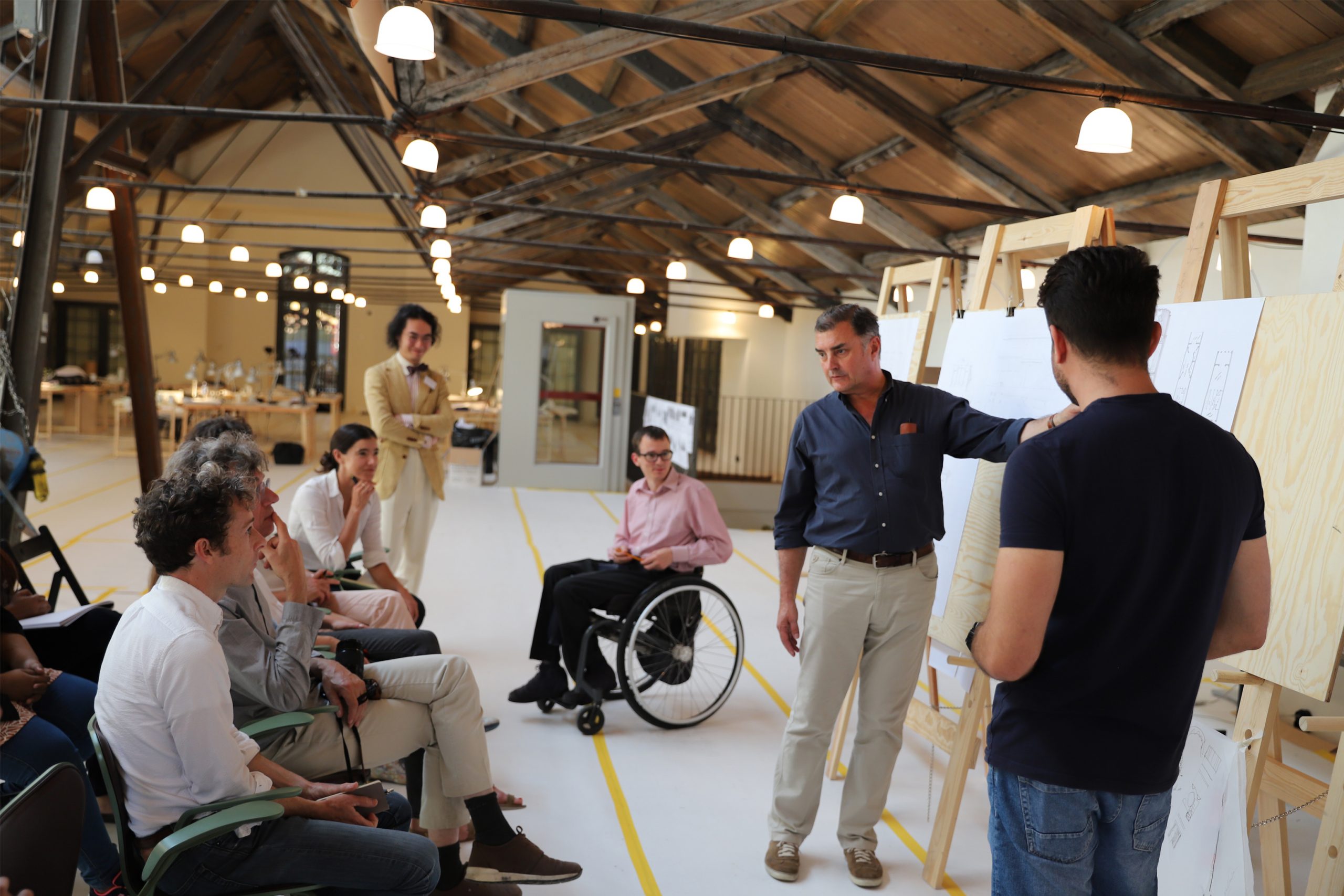 Diana Yu is an INTBAU Young Practitioner. She works for ADAM Architecture as an Associate, Architectural Assistant, having graduated from the University of Notre Dame with a Bachelor of Architecture degree specializing in classical and traditional design. She was a student at our Engelsberg Summer School in Classical Architecture, which took place this month Ängelsberg, Sweden.

As this year’s summer school comes to a close, I think fondly over all the memories made in the last three weeks. I think I speak for everyone when I say that it has been such a rich and packed experience! We have a lot to catch up on so I hope you have a good cup of tea nearby—we might be a little while.

Following the first week, the course progressed into a full-blown classical architecture boot camp. We dove straight into the history of the orders with instructor Russell Taylor who introduced us to notable authors on the canons of the five orders. As we began to look at each version closely, we started to see the differences in each, the diverse references to antiquity, and the moments of creativity and invention in detailing.

We further discussed the progression of the orders through the centuries, comparing books from Roman antiquity, to the Italian Renaissance, to 18th century England, to the present day. Slowly, we began to understand classical architecture’s capacity for meaning, variation, and expression. “There isn’t a wrong way to do it. There isn’t a right way to do it,” said Russell, continuing to say that the canons are just a foundation: a tool that can be used to convey a host of new meanings and forms, once understood. With this in mind, Russell pointed out other unique variations invented throughout history such as the Delian order, Lutyens’ bell orders of New Delhi, and the corn cob order on the US capital building.

When we weren’t listening to lectures, we were busy with assigned exercises and design projects, often drafting and designing well into the night, line-weighting and lettering in the last moments if we had time. To my surprise, some individuals had never been able to draw or draft by hand in their universities. Even though the skill level in the group was quite varied, each individual was just as inspiring to the other as the next. Perhaps one might appreciate their hand drawing and drafting skills if they understood it was something discouraged elsewhere. Others may feel inspired to see so many other young students who have already been involved in classical/traditional architecture, having been isolated themselves amongst their own academic peers. I was quite humbled by the diversity of individuals in the group and felt fortunate to be able to have constructive conversations about traditional and classical architecture—mainly why we feel it’s important, and how it fits into modern society today.

Our next instructor, Hugh Petter, continued to explore the progression and reinvention of classical architecture through history and departed slightly from the canonical conversations around the orders. He discussed more broadly the Arts and Crafts, Gothic revival, and Mannerist movements, noting how each were influenced by a unique set of political and social events, all requiring the need “to look backward in order to go forward.”

Shortly after we were introduced to Portuguese architect, Jose Baganha, who led us through our first design project: an entrance building into a market square in the small town of Jaca, Spain. We were now venturing into the new and exciting territory of vernacular architecture. The students had to learn how to draw from context, identify patterns in local detailing, and recognize a particular scale in the surrounding buildings. More importantly, the students had to use the classical language carefully to define hierarchy in an urban context in an area which was not particularly classical.

Following our first design project in vernacular architecture, we moved straight into a lesson on urbanism with Mieke Bosse and Peter Drijver, a spirited and enthusiastic couple who run a practice called SCALA Architecten in Holland. We did three quick exercises exploring urban design on a rural, ordinary, and monumental scale. Throughout their lectures they emphasized the importance of useability and loveability in an urban setting. As their work was mostly social housing, they reflected on the many battles they had to fight. In one instance, Mieke fought to keep a three-inch strip of dirt along a pavement to allow residents to grow flowers or vines in their front yard. What may seem like a minor part of the design has in reality made a significant contribution to the streetscape today. I felt this was a good point as the real world is often about resolving a host of constraints. Fighting (or persuasion) is a prerequisite if we want to see our design principles to come to fruition.

In the third week, with our newfound knowledge and skills, we embarked on a much anticipated four-day trip to Stockholm (not to mention a nice break from studio by that point). We roamed the streets soaking in the city, admiring the old town, the buildings of Swedish Grace and National Romanticism, and everything in between. On our “free day”, most of us, being the inquisitive and studious people we are, spent it exploring the museums and city center. For those of you who are starting to become concerned, don’t worry, we also spent some time exploring Swedish night life as well.

By the end of our trip, we were very happy to see Engelsberg Bruk, as we were exhausted and going through a bit of a food and fika withdrawal (we were fed very well). Very quickly we embarked on our final and most challenging project: a counter proposal to David Chipperfield’s Nobel Center in Stockholm. Instructors Timothy Smith and John Taylor very helpfully broke the design process down into stages. Over the span of a week we dedicated a day to four separate tasks: site analysis, elevation design, floor plan design, and bay detail design. Then of course, it was crunch time to get the final drawings done. As we had been working quite hard throughout the course, we were seasoned drafters by this point.

After the deadline, the group went out for a last swim in one of the nearby lakes, enjoying the last bit of free time before we transition back to our normal lives. From what I gather from the others (because I had to leave early), the presentations to reviewers Robert Adam and George Saumarez Smith were a success. In the final evening, our work from the duration of the course was exhibited for all to see. The goodbyes were of course bittersweet, but I’m hopeful our paths will cross again and am excited to see what’s in store for this talented group of international individuals! Many thanks to all the staff and organizers in INTBAU and in the Ax:son Johnson Foundation for making our month so enjoyable!

For more information regarding the Engelsberg Summer School in Classical Architecture, visit here

If you are interested in our Young Practitioner, Professional, or other memberships, visit here.