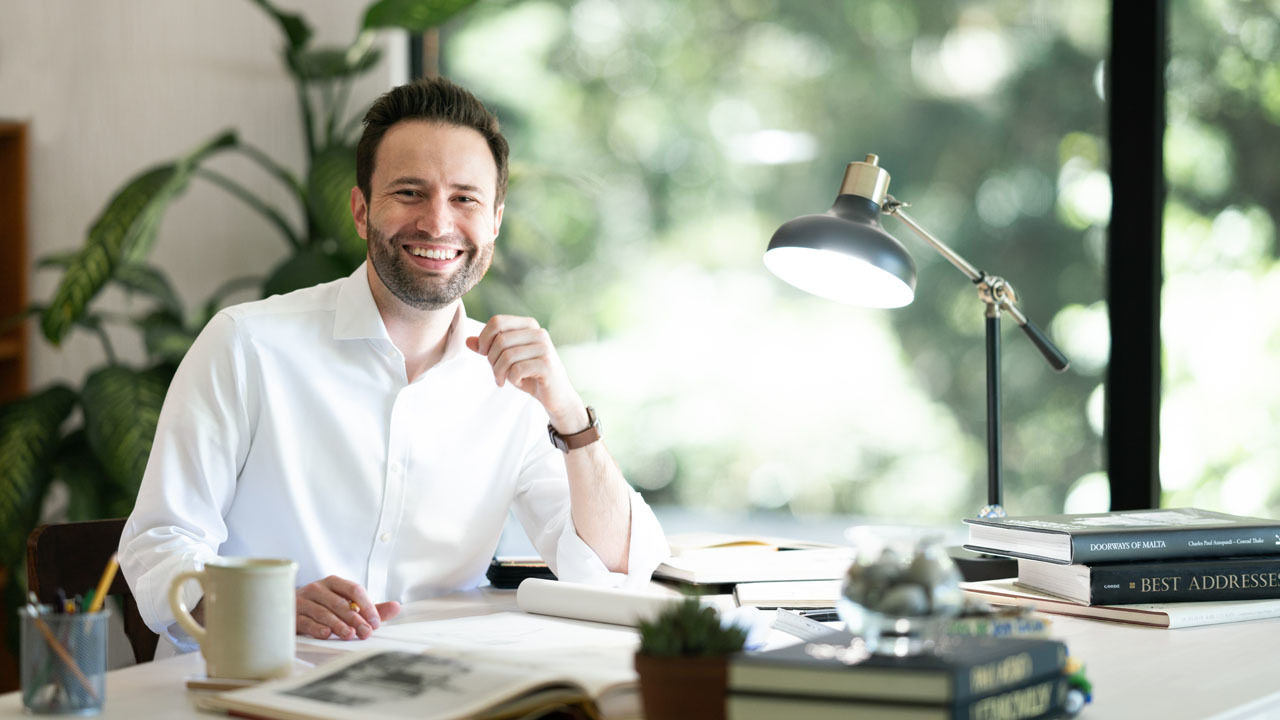 Rodrigo Bollat Montenegro has been named the winner of the 2022 Award for Emerging Excellence in the Classical Tradition.

The Award, which is now in its sixth year, is a collaboration between the Institute of Classical Architecture & Art (ICAA), The Prince’s Foundation, and the International Network for Traditional Building, Architecture & Urbanism (INTBAU). Open to applicants around the world, the Award aims to shine a light on exceptional talent exhibited by young professionals in classical and traditional architecture, landscape and interior design, building crafts, urban design and planning, and the allied arts.

In 2021 Rodrigo established his own practice, focusing on custom residential design, community urban planning, and the continuing adaptation of traditional values in architecture and urbanism in our modern world. He describes his previous work experience as having been trained in the best of both worlds: excellence at the detailed residential scale and collaborative project management while working at Ferguson & Shamamian Architects in New York City, and mastery in traditional urban design and humanely-scaled, mixed-use buildings while at Estudio Urbano in Guatemala City. His current work ranges from new residences in Guatemala and Costa Rica and custom office designs, to the revitalization of a historic farm.

Following his undergraduate studies in architecture at Universidad Francisco Marroquín in Guatemala, Rodrigo graduated from the University of Notre Dame with a masters degree in classical architecture and urban design. His academic projects from Notre Dame have received numerous awards including the Student Grand Prize at the Charter Awards of the Congress for the New Urbanism in Dallas, Texas.

Rodrigo is a licensed architect in the state of New York and in his native Guatemala, where his practice is based. He is a Fellow at the Institute of Classical Architecture & Art where he serves in various committees and is a recurring instructor.

Rodrigo will be formally honored in conjunction with the 2022 Arthur Ross Awards in New York City, and will receive a cash prize.