Back to Events, News, 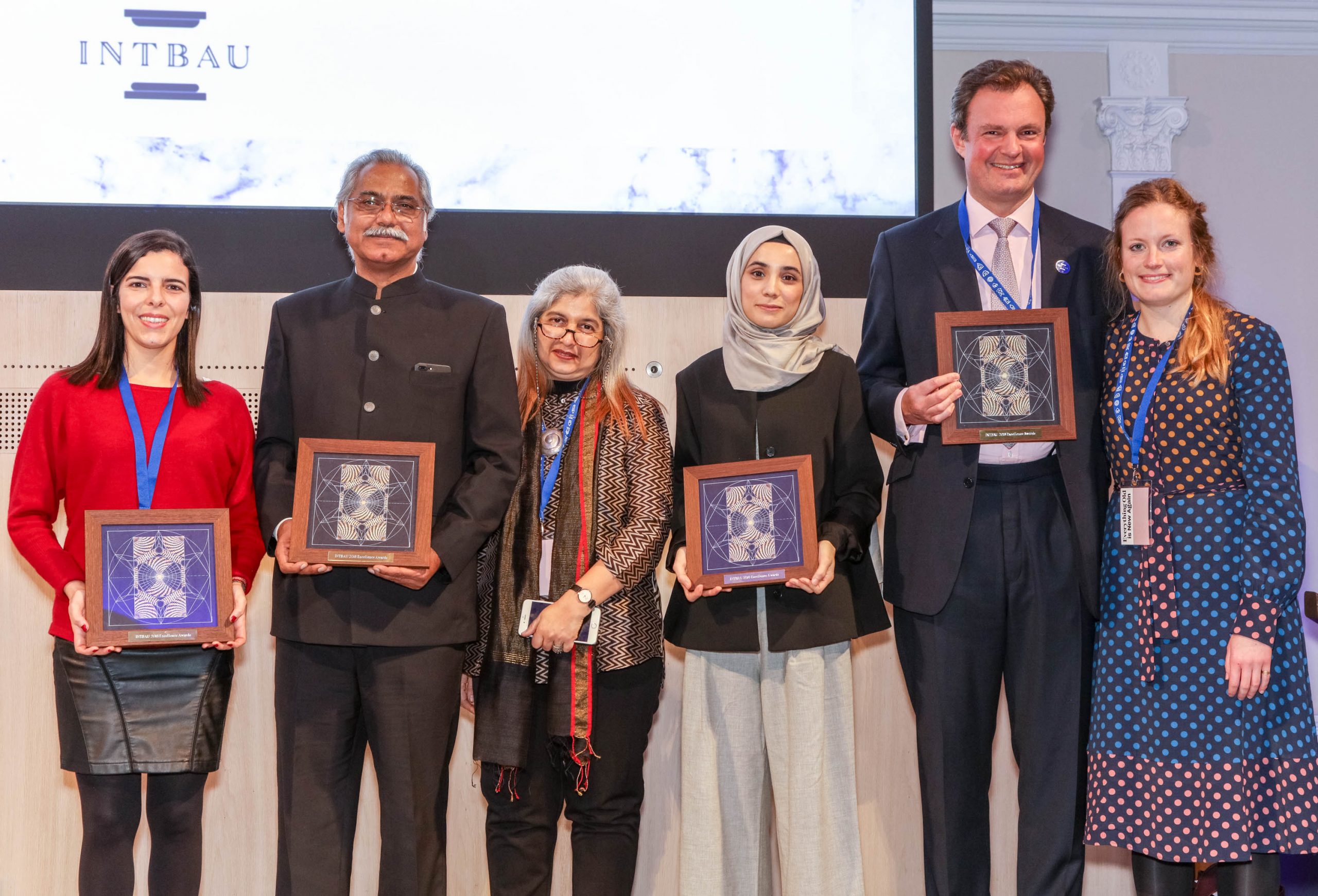 ‘It was inspiring to see that local traditions in architecture and urban form are, in all corners of the globe, being adopted, adapted and reinterpreted to address contemporary but enduring needs: spaces for dwelling and learning, for production and consumption, for communities to celebrate, commemorate and support themselves.’

We are delighted to announce the winners of the third biennial INTBAU Excellence Awards 2018, presented at a special Ceremony in the Great Room at the Royal Society of Arts, London.

To view images from the winning projects: Click Here

‘The jury has selected projects that are deserving of international attention. In many cases projects are the work of committed groups or individuals, working without seeking glory or acclaim, and genuinely trying to create better places to live for everyone – which is precisely what INTBAU exists to do.’

‘The judging panel were impressed that the awards attracted submissions from a wide range of localities, regions and nations. Fairly evaluating projects which take place in the context of very different communities and resources is a particular challenge. It was inspiring to see that local traditions in architecture and urban form are, in all corners of the globe, being adopted, adapted and reinterpreted to address contemporary but enduring needs: spaces for dwelling and learning, for production and consumption, for communities to celebrate, commemorate and support themselves. What set the winners apart was a rare feat: adding to the built environment in forms which are sustainable in the long term because they draw upon strong institutions, reinvigorating them through their design processes, and nurture skills in building. We hope the enduring quality of the winning projects inspires communities of place and of practice, and allows our winners to catalyse a broader impact. Several projects received commendations from the panel where we were confident that they would have been worthy winners, had the field of submissions not included another entry of exceptional quality.’

A low-cost school with collaborative construction methods in Nicaragua. In order to benefit 27 children without access to education, they crowd-funded over $25,000 to cover costs. Low-cost materials and techniques were used, including an ‘earth bag’ system. A manual is being produced to help replicate the methods and process elsewhere. The school benefits both children and adults.

‘We are delighted to have received the INTBAU Excellence Award 2018.  With El Jicarito School project in Tipitapa, we aim to increase the number of children receiving primary education in this region of Nicaragua. Additionally, we hope the school will set an example of construction with low-cost and local materials and techniques which could be easily implemented in other constructions in the region.’ – Tania Oramas, Knitknot architecture.

‘KnitKnot managed to get the ‘global community’ to invest in a project that benefited and enabled a ‘local community’ to create a school where it was desperately needed. They really managed to bring together different scales (and types) of community. The need for engagement, the crowd-funding process,  the design and the overall legacy for the community all contributed to an outstanding project.’  – judge Karl Singporewala. JD College of Engineering in Nagpur, India. Contemporary vernacular architecture done on a large- scale project. They paid great attention to materials, used local baked brick, local ironmongery, and the building is overall a beautiful educational space for students. SHK Architects had the goal of responding to a broken ‘chain of vernacular evolution,’ meaning they want to pick up where traditional architecture of the region has fallen out of common use and breathe new life into it.

‘This is a remarkable new building which is setting the precedent for a contemporary Indian vernacular in Nagpur. Especially inspiring is SHK Architects’ personal mission to provide a link between the old vernacular architectural traditions and future building designs after recognising the gap globalisation has created in sustaining the continuum of local building traditions. Also notable is the scale at which this is applied and the sensitivity of detailing adapted to suit modern standards and requirements.’ – judge Diana Yu. Tregunnel Hill, a 10-acre site to the southwestern edge of Newquay town centre. A residential-led mixed use development that aims to create a genuinely sustainable urban neighbourhood that is quintessentially Cornish. A collective of people involved in its creation, including The Prince’s Foundation, the Duchy of Cornwall, and ADAM Architecture.  Exemplary, dense, mixed-use, sustainable development intended to act as a catalyst to diversify and regenerate the area. There are 174 homes with 48 affordable units—no distinction between affordable and private housing with same external specifications.

‘Tregunnel Hill is the product of close collaboration between the Duchy of Cornwall, C.G. Fry, Morrish Builders, their consultants, and the people of Newquay. It is the first realisation of HRH The Prince of Wales’s vision for Nansledan, the large mixed use urban extension to Newquay now under construction with the same team.  We are all very grateful to INTBAU for recognising Tregunnel Hill in the 2018 Awards.’ – Hugh Petter, director at ADAM Architecture, master-planner and co-ordinating architect for the scheme. Design for a Turkish Community Centre in London, The Hayat, with the aim of promoting the wider traditional arts while serving local community needs. Zeynep’s inspiration came from Vienna’s architecture, leading to her goal of combining architecture and decorative arts in an everyday space. Zeynep has implemented designs that reflect both the Turkish and British ‘arts and crafts’ in an urban setting. Gorgeous, vibrant drawings made with materials made by herself with traditional techniques she learned on her Masters at the Prince’s School of Traditional Arts.

‘I feel honoured to be awarded this year’s INTBAU Excellence Award in the Emerging Talent category. I had previously worked on traditional architecture in Istanbul and coming to London allowed me to think about heritage and craftsmanship inside a new tradition .’  – Zeynep Iqbal. The INTBAU Excellence Awards took place during the 2018 INTBAU World Congress Everything Old is New Again (27th and 28th November) at the Royal Society of Arts, London.

Attracting key speakers and senior international figures from a range of backgrounds the INTBAU World Congress is a popular biennial forum which brings together global perspectives and knowledge for discussion and debate of pressing issues and difficult questions facing the built environment in communities around the world.

The high level debate and discussion at the World Congress has afforded INTBAU the opportunity to publish calls to action and positioning research on the benefits of traditional architecture and urban design in creating better places for people to live that have been shared around the world.

Over three sessions entitled Contexts, Materials and Identities, the 2018 Congress explored in the context of globalisation, rapid urbanisation and climate change what appears to be a resurgence in the use of natural materials and traditional forms for buildings and places.

At the heart of the debate was whether old solutions can really help solve the social and environmental challenges faced by communities around the world, today.

The next INTBAU Excellence Awards will be held in 2020 alongside the 2020 INTBAU World Congress.