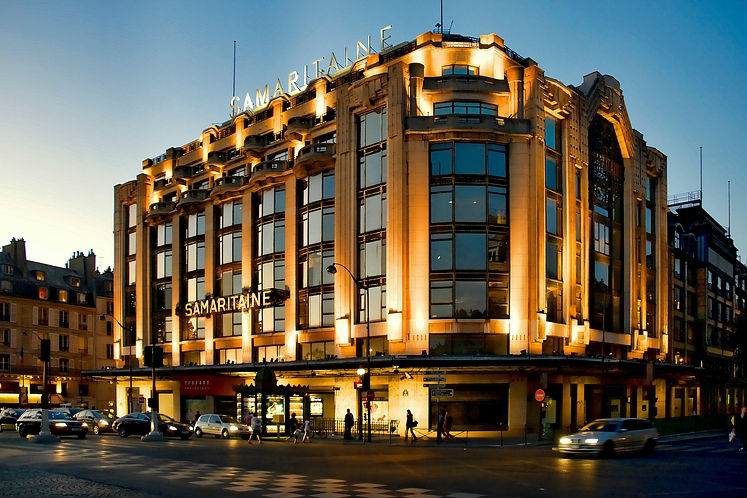 The following update on the campaign to save Paris’ Rue de Rivoli from irreversible, character-changing development comes from SOS Paris:

After two victories in the lower courts, the associations that brought the cases opposing the Sanaa proposal for the Rue de Rivoli side of the Samaritaine, SOS Paris and SPPEF, deplore the decision  of the Conseil d’État [the highest court on the administrative side]. In a regulatory and media environment opposing our case, that court decided against us and upheld the building permit.

The decision is all the more regrettable because handed down at a time when the urban model of Paris – homogeneous and horizontal – has been undermined, and her “reinvention” decreed.  The associations also deplore the excesses of the project itself, because of the rupture it causes in the Rue de Rivoli and the scale of the demolitions.

On the other hand, the associations rejoice in the newly-invigorated debate regarding inclusion of contemporary architecture in historical cities, first before the administrative courts, but also in the press. And this has occurred despite the opposition’s media power. The right question is being asked at the right time.

Doubts about the integration of contemporary architecture arise in numerous French cities and echo the questions raised, for example, at the recent Venice Architectural Biennale on the effects of a badly-interpreted modernism and the emergence of “generic” cities.

In this connection, the Local Urbanism Plan of Paris (PLU) requires construction with neither pastiche nor rupture, as the lower courts held. Rejecting its provisions as inapplicable here, however, the Conseil d’État robbed them of any effect.

We must therefore recognize that the urbanism of Paris, albeit one of the most famous and most envied in the world, is now devoid of any real protection.

The solution now is political: national and local city planning statutes must be drafted to protect our cities from projects that willfully fail to understand their characters.

INTBAU recently received a note of thanks from SOS Paris for it’s support in the campaign and for encouraging it’s members to write letters of support.

‘INTBAU member Colum Mulhern encouraged us to seek your help in our battle. SOS Paris would like to thank the generous efforts of Colum and other INTBAU members who took time and gave us their support during our campaign by writing to show that not all architects are of the opinion that this type of project is in any way desirable in a sensitive context such as the rue de Rivoli. Of course we thanked each contributor when receiving their text, but INTBAU, as an international group whose opinion carries a lot of weight, also deserves our thanks, even if we have not been successful this time.

Despite their wise and well-informed opinions, the courts followed the logic that “contemporary“ (modernist) architecture is an exception to all the rules in all cases, while “architectural mimicry“ is totally forbidden.

The associations will continue to fight against this sort of project on other fronts and hope that some day change will come from within the profession and that the possibility will no longer exist for powerful groups such as LVMH to disobey architectural rules that the city has established for itself.

With our most sincere thanks to INTBAU and all its contributing members,’