Back to Events, Tours, 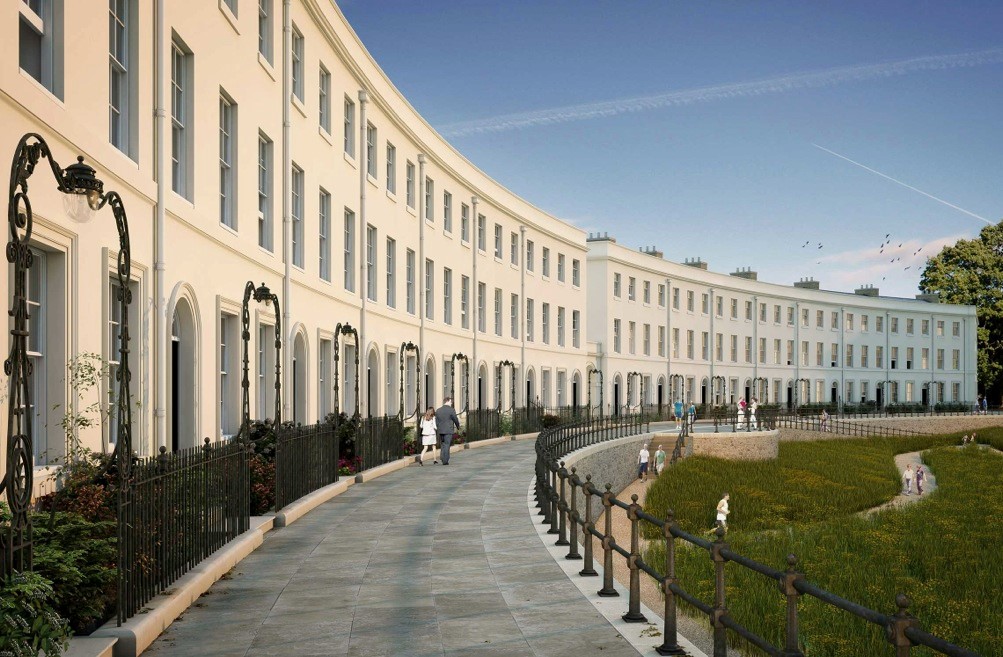 A whistle-stop tour to see some of the UK’s best and most radical examples of new traditional urbanism with a small, diverse group of architects, urban designers, landscape architects, developers and planners from the UK and the Netherlands. It follows a varied and highly stimulating tour of the Netherlands hosted by colleagues at CEU/INTBAU Netherlands in June 2016.

Provisional Costs: Most costs will be payable by the individual at the time of the tour. Accommodation and dinner reservations have been made; these are to be settled individually. Dinners will be around £20-30 per person for 3 courses, excluding drink. A range of rooms have been reserved to cater for preferences and budgets.

Accommodation:
Saturday 17th June
The tour officially begins on Sunday 18th June. For those wishing to arrive in advance on the Saturday, 10 rooms have been reserved at the The Duchess of Cornwall Inn at Poundbury. These are available on a first-come first-served basis.

Sunday 18th June
All 20 rooms at The Duchess of Cornwall have been reserved. There are 10 x standard rooms at £130 and 10 x deluxe rooms at £150 bed and breakfast. All of the rooms have double beds not twin beds. Four further rooms (3 x double + 1 x twin) have been reserved at the Little Court Hotel, an Edwardian country house in the Lutyens’ style a short taxi ride from Poundbury. All rooms here are £99 b&b for single occupancy; for two people sharing the twin room the rate would be £109. In addition, two rooms have been reserved at the Poundbury B&B, a home with rooms. These can either be made up as doubles or twin single beds and the rate is £40 per person.

Monday 19th June
A block booking has been made at Mannings Hotel in Truro for 27 rooms. There are 10 standard rooms at £105 and 17 “City” rooms at £115. These rates include a continental breakfast. Four of the rooms have the option of being made as twin beds for sharing.

Wheelchair accessible rooms are available in both Poundbury and Truro. The organisers will match individual preferences for rooms and hotels on a first-come first-served basis. Please state your preference.

Travel: the tour on leaving Poundbury, Monday and Tuesday, will be via a 35 seater coach.

Deposit: In order to secure your place on the tour a deposit of £110 per person is required. This sum comprises £70 for coach hire, a £25 deposit for the hotel reservation in Truro (deductible from the room rates), a £10 deposit for dinner in Truro (deductible from the price) and a £5 contingency, which if not used will be added to help cover dinner / drinks in Truro. Payment of the deposit is required by Monday 15th May.

Itinerary:
Considerable distances will be covered, across three rich and varied counties: Dorset, Devon and Cornwall. We aim to gain a brief flavour of each. The start, finish and accommodation are fixed, other aspects of the itinerary may be subject to minor modification.

Monday 19th June:
9:00 – Depart Poundbury.
10:45 – Arrive Sherford. Located to the east of the city of Plymouth, Sherford is planned to become effectively a new settlement. Masterplanned by the Prince’s Foundation and accompanied by a design code, it is now being led by a consortium of plc housebuilders.
12:00 – Leave Sherford.
13:00 – Lunch at Lostwithiel. Lostwithiel is a compact and characterful old town. It was the original administrative centre of the Duchy of Cornwall. Just outside the town is a well-preserved Norman castle that has been part of the Duchy since its establishment in the C12th.
14:30 – Depart Lostwithiel.
15:00 – Arrive Nansleden, Newquay. Nansleden is the name given to the main expansion area of the town of Newquay, approx 220 hectares, which is expected to take around 40 years to build and will eventually comprise 4,000 homes. It has been in the planning for over 10 years. The framework plan was designed by Leon Krier and the Prince’s Foundation, the first phase by Adam Architecture.
16:00 – Depart Nansleden.
16:10 – Arrive Tregunnel Hill, Newquay An attractive development of nearly 200 homes and commercial space within the town of Newquay. It should be more or less complete by the time of the visit. Framework plan by Leon Krier, detailed masterplan by Adam Architecture.
17:00 – Depart Tregunnel Hill.
17:30 – Arrive Truro, check into hotel. Mannings Hotel (formerly the Royal) is a handsome, georgian building at the foot of Lemon Street, described by Sir John Betjeman as ‘a broad and splendid’ street.
18:30 – Drinks & dinner Dinner at the Rising Sun restaurant.

Tuesday 20th June
9:15 – Visit to projects by The Duchy of Cornwall to the east of Truro. Two projects within close proximity. One, a small development of 25 homes, completed in 2006, which set a new benchmark locally for quality; and the other, Truro Eastern District Centre, an urban extension of the city, on site since 2015.
10:30 – Depart Truro.
13:00 – Lunch at the River Cottage Canteen, Axminster.
15:30 – Drop off stop in Poundbury. For anyone not wishing to return to Southampton Airport.
17:00 – Arrive Southampton Airport / Southampton Airport Parkway railway station.

Poundbury can be reached by train from London Waterloo or Southampton Airport Parkway stations (every 30 minutes) to Dorchester South station, from which it is a short taxi ride.

For those arriving on Saturday, a visit to the town of Dorchester, to which Poundbury forms an extension, may be of interest. It has a County Museum, a medieval church, Roman remains, some characterful streets and buildings and an impressive Roman amphitheatre formed from a Neolithic henge monument (Maumbury Rings) located near Dorchester South railway station. Maiden Castle, the largest Iron Age hill fort in Europe, is a pleasant walk from Poundbury and a good vantage point.