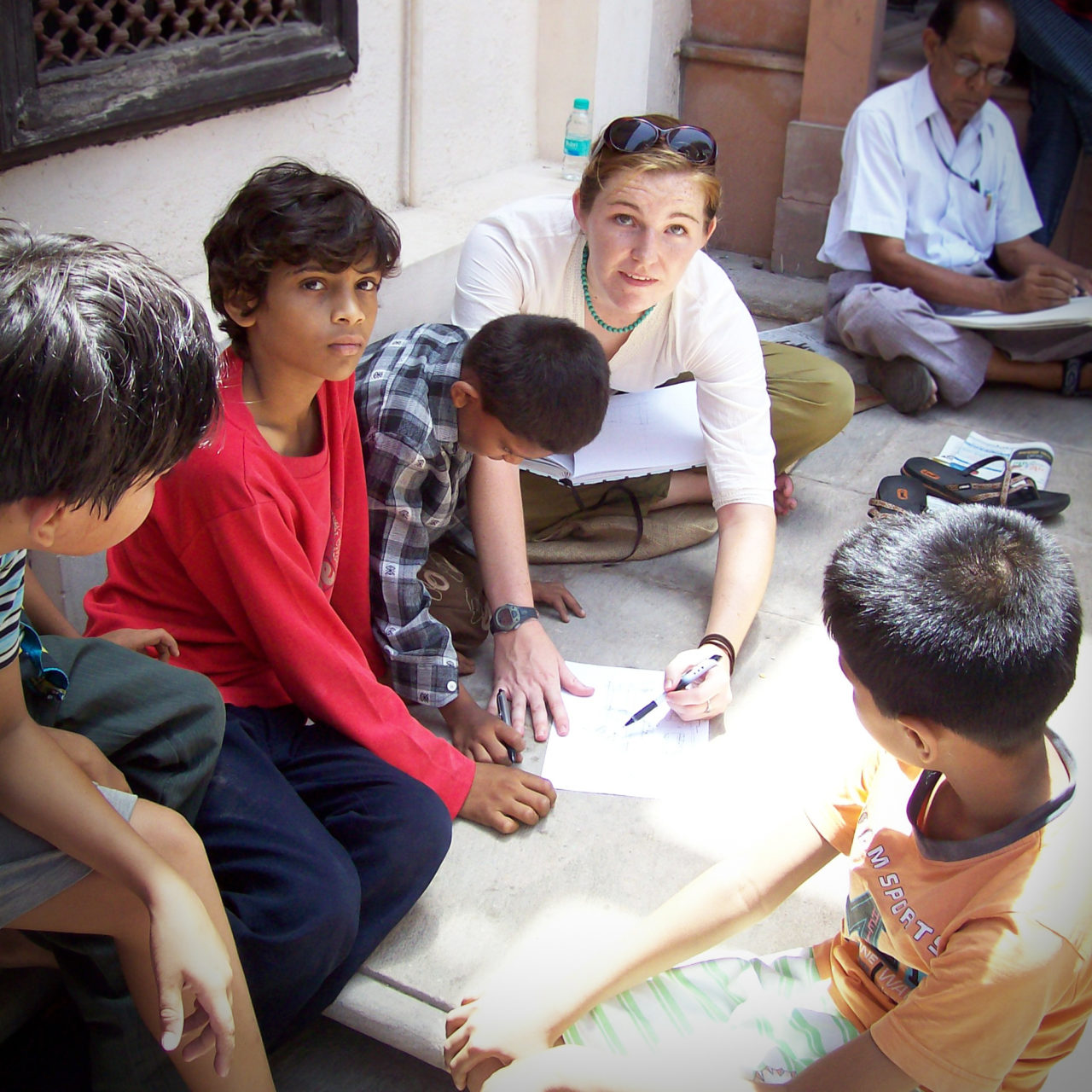 Now in its second year, the Award is a collaboration between the Institute of Classical Architecture & Art (ICAA), The Prince’s Foundation (PF), and INTBAU. Open to applicants from around the world, the Award aims to shine a light on exceptional talent exhibited by one young professional in classical and traditional architecture, landscape and interior design, building crafts, urban design and planning, and the allied arts.

Shannon graduated with a Bachelor of Architecture from the University of Notre Dame School of Architecture in 2008, where she was Valedictorian. As a Fulbright Program Student Researcher, she studied “Cultural Conservation in Traditional Hindu Housing Design” in Delhi and Ahmedabad, India. Shannon has worked for Opticos Design, Inc. – an urban design, architecture, and planning firm – in Berkeley, CA since 2010 and currently is a Lead Designer there. She is also pursuing a Master of Science in Architecture at the University of California, Berkeley, where her thesis is entitled “Rethinking the Nature of Architecture: Ecological Context in Aesthetic Experience.”

“I am truly honored and humbled to receive this award. Engagement with beautiful, historic, place-making traditions is an indispensable resource for forming better built environments today, whether seeking to repair urban sprawl or to live more enjoyably and sustainably with our natural world,” said Shannon, who was selected by an international jury. “I am proud to help advance the ongoing tradition in creating meaningful places for human living.” Cailin contributed to master planning and architecture for a new mews project in Daybreak, UT, offering a walkable lifestyle attainable for many first-time homebuyers (Project completed with Opticos Design)

“The ICAA is delighted to recognize Cailin, who has already done so much to learn from, engage with, and contribute to our built environment,” said ICAA President Peter Lyden. “We are honored to continue working alongside the Prince’s Foundation and INTBAU to celebrate those, like Cailin, who serve as leaders and examples to emerging design professionals around the world.”

Harriet Wennberg, INTBAU Executive Director, said: “Cailin’s work demonstrates an intelligent and skillful ability to improve the built environment and create better places to live. Her desire to continue her education alongside professional practice is inspiring. INTBAU is thrilled to have collaborated with the ICAA and The Prince’s Foundation for the second time on this award.”

“We are delighted that Cailin has been awarded this prestigious prize,” said Simon Sadinsky, Head of Education for The Prince’s Foundation. “Cailin’s incredible talent and hard work stands as an example to future students of traditional and classical architecture. The Prince’s Foundation continues to train the world’s next generation of architects, craftspeople, and designers and is very proud to be collaborating with the ICAA and INTBAU on awarding our very best practitioners.” Illustration of placetypes for Kaua’i, to explain compact future island development patterns that promote both better quality of life and protection of precious natural and agricultural lands (Project completed with Opticos Design)

Cailin Shannon will be honored at a ceremony on Sunday, May 6, 2018 in New York City. She will also be acknowledged before the audience at the Arthur Ross Awards the following evening and receive a $2,500 cash prize. Sketchbook drawing by Cailin Shannon of a typical pol lane and haveli in Ahmedabad, India

The Institute of Classical Architecture & Art’s (ICAA) mission is to advance the appreciation and practice of the principles of traditional architecture and its allied arts by engaging educators, professionals, students, and enthusiasts. The ICAA is headquartered in New York City with regional Chapters across the United States. It offers a wide array of programs that are designed to promote the appreciation and practice of classical and traditional design, including classes, travel, lectures, and conferences. It publishes an academic journal called the Classicist as well as the acclaimed book series called the Classical America Series in Art and Architecture. The ICAA’s Arthur Ross Award annually recognizes and celebrates excellence in the classical tradition internationally. The ICAA was honored to bestow an Arthur Ross Award on HRH The Prince of Wales in the Patronage category in 1990.

About The Prince’s Foundation

The Prince’s Foundation by focusing on three core tiers – Education, Projects, and Attractions – delivers work to improve the built environment, save heritage, and promote culture and education. Through education The Prince’s Foundation aims to create sustainably planned, built, and maintained communities, championing and celebrating the most important part of any community: its people. The charity continues to train a generation of architects, masterplanners, and placemakers, in order to ensure the continuation of the kind of timeless skills which have been developed over generations.

INTBAU was established in 2001, and has since gained over 5,500 members worldwide. We work under the patronage of our founder, HRH The Prince of Wales. INTBAU’s mission is to support traditional building, the maintenance of local character, and the creation of better places to live. We do this through workshops, summer schools, study tours, conferences, awards, and competitions. Our three objectives are to research, educate, and engage as widely as possible on the value and relevance of traditional architecture and urban design. INTBAU is a unique, established resource for global knowledge of traditional architecture and urban design. Our active network consists of individuals and institutions who design, make, maintain, study, or enjoy traditional buildings and places.