Back to Events, Feature, News, Next Event, Talks, 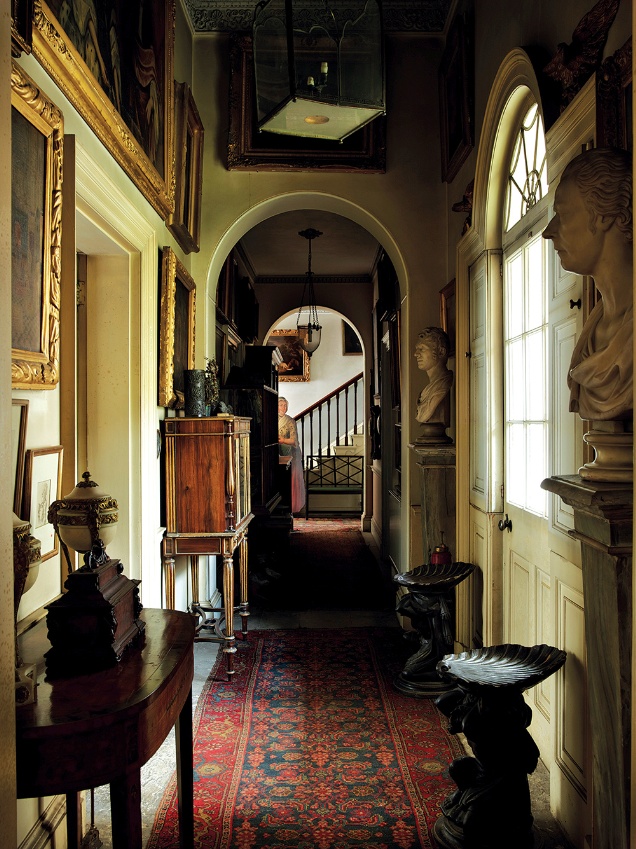 INTBAU and The Georgian Group are delighted to announce that tickets are available for an exclusive screening of this documentary film on 28 January 2020. The film maker, Douglas Downing, has spent over two years researching and making this film on Sir Albert’s life and work and the stories associated with Avenue House and its contents, which were sold at auction at Christie’s in 2013. Unable to release the documentary, this screening is a unique opportunity to see the film, and hear from Douglas himself about the fascinating process of the film’s making.

Tickets for the screening are available here on The Georgian Group’s website. The film will be shown at The Prince’s Foundation, 19-22 Charlotte Road, Shoreditch, EC2A 3SG. Drinks and refreshments will be provided from 6.30pm, alongside a display of drawings and photographs of recently completed buildings by members of INTBAU’s College of Traditional Practitioners. The talk and film will start at 7pm.

It is now ten years since Douglas Downing first visited Avenue House, the former home of Professor Sir Albert Richardson (1880-1964) in Ampthill, Bedfordshire. Built in 1780 for a brewer, the house was extended in 1792-95 by Henry Holland. Richardson purchased Avenue House in 1919, living there until his death in 1964, and over the following decades he filled it with an astonishing collection of furniture, art and curios. Downing met Richardson’s grandson, Simon Houfe, in 2009. This chance meeting led to a friendship and shared interest. Simon Houfe then asked Douglas to visit the house, and eventually make a documentary film about its contents.

“I have very fond memories of making the film with Simon, moving from room to room, season to season and Simon talking about the history of the house and the stories associated with each item, which his grandfather the Professor collected with great zeal and authority.”

Richardson himself had an extraordinary life. He often dressed in Georgian clothing when at home and enjoyed being taken to local dinner parties in a sedan chair carried by liveried footmen. Trained as an architect, Richardson founded his own practice in 1906. Over the years, he established a great reputation as leader of the traditional school of architecture in this country.

Working in partnership with Mr. C. L. Gill and then Mr. E. A. S. Houfe, his works include St. Margaret’s House at 19-23 Well’s Street, Fitzrovia, and Bracken House, The Financial Times Building. Outside of London, Richardson helped to design the Manchester Opera House in Quay Street, which boasts a symmetrical fifteen-bay facade in the Classical style with five central fluted Ionic columns. Richardson also restored the church of St. James, Piccadilly, and the Upper Rooms in Bath.

Richardson is perhaps best known for his books Monumental Classic: Architecture in Great Britain and Ireland and Regional Architecture of the West of England, which was largely based on his work as architect for the Duchy of Cornwall in the early 20th century. In addition to this, he was a founding member of The Georgian Group, a Professor of Architecture at University College London, a President of the Royal Academy and an editor of Architects’ Journal.

Though he was very much a traditionalist, Richardson also recognised that classical design had much to bring to the 20th century, and that it could be adapted to new building typologies such as industrial and commercial buildings, as well as ecclesiastical and residential homes.

In 1980, Simon Houfe, published the well-received biography of his grandfather called The Professor, in which he gave a riveting account of this eminent architect and academic’s life and work, so strongly influenced by nostalgia for the craftsmanship of the late Georgian era, at a time when modernism was at its height.

All are welcome, and membership of both organisations is not necessary for this event.