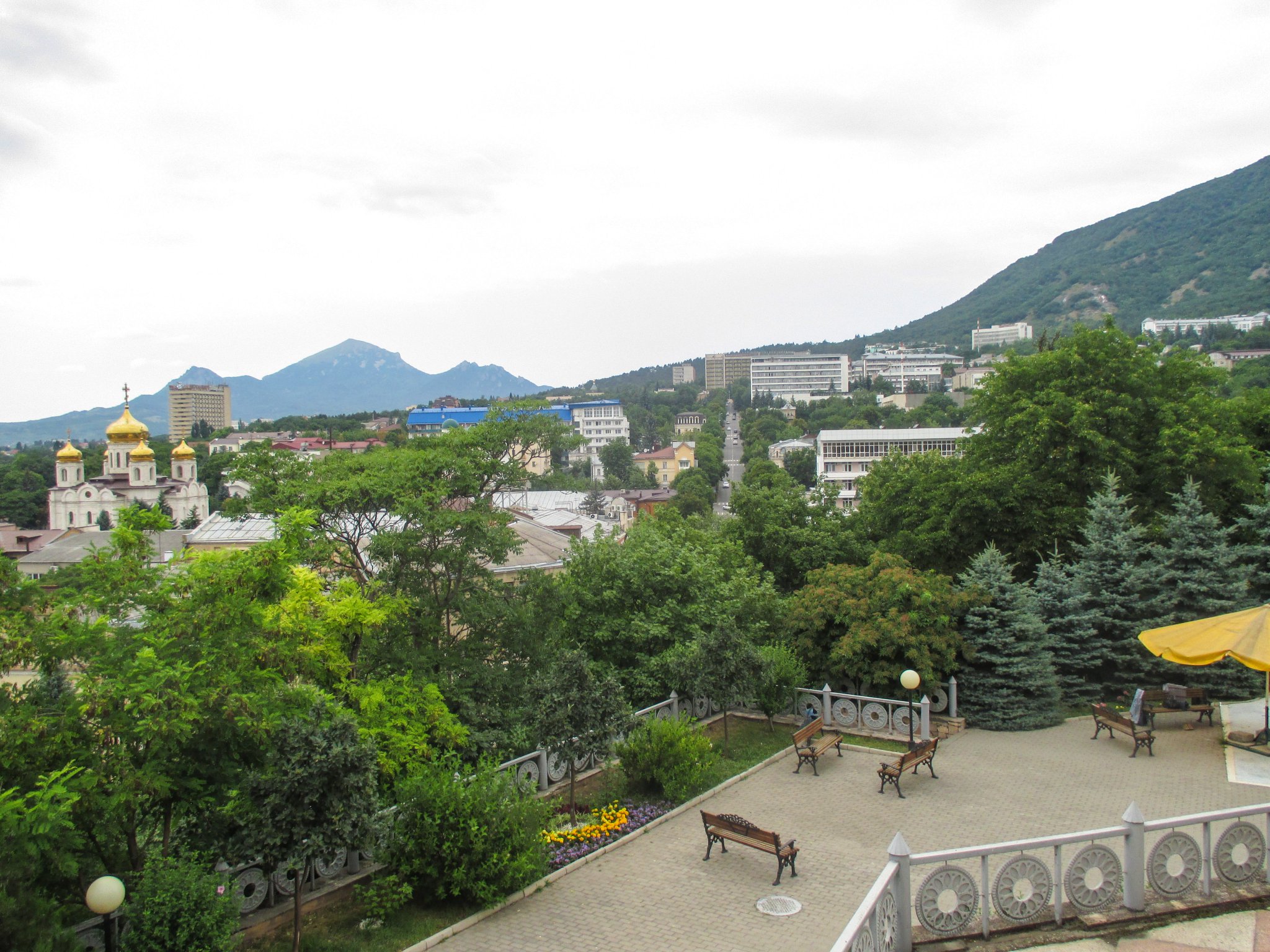 The famous Russian poet Alexander Sergeyevich Pushkin (1799-1837) spent from June 4 to August 6, 1820 in the newly developed resort town of Pyatigorsk, in the Caucasus region in southern Russia, after he was expelled from Moscow king for publishing his famous poem “Ode to Freedom”. With his good friend Nikolai – the son of General Raevsky, the poet spent his days in the picturesque estate of the leader of the Caucasian nobility Alexei Rebrov. Fashionable among aristocrats from Moscow and St. Petersburg, the new resort town was surrounded by the amazing mountains of the Caucasus with many healing springs. In the 20th century, during the USSR, the Rebrov manor erected in 1811 was protected by the state as an important regional monument of Russian cultural heritage and belonged to the state.

After the events of 1990, the building was divided and sold. Half of the building was purchased by the author Marina Bayros-Bogolyubova and turned into a national private award-winning ‘Pushkin House in the Caucasus Museum’, dedicated to Pushkin’s life and work. The other half of the building now belongs to the municipality of Pyatigorsk and two other owners. Since 2004, various unauthorized and illegal structures have appeared on the land occupied by the listed building: garages, sheds and residential buildings.

In 2017, the Stavropol Regional Court decided to demolish these unauthorized buildings and restore the historical appearance of the monument of cultural heritage – the Rebrov estate – but officials from the administration of the city of Pyatigorsk impeded the execution of the court decision, our correspondent reports. They apparently wrote to President Putin – in response to complaints made to the president by the museum – falsely claiming that the inspection of municipal experts had not identified illegal buildings and that the regional monument to Rebrov’s estate was in ‘excellent condition’. Pyatigorsk officials thus demonstrated their apparently willingness to lie to the president, while continuing to allow partial (unauthorized) construction work that destroys the historical structure of the monument in which Pushkin lived.

Museum operators report that now it has become impossible to continue the work of the Pushkin House in the Caucasus Museum, and now it is closed. The museum’s operator complains that “the purpose of the administration of the city of Pyatigorsk is to close the museum and completely destroy this valuable monument.”

The regional monument of cultural heritage, the Rebrov estate, is located in the center of the old resort town of Pyatigorsk, next to the office of the Presidential Plenipotentiary. The town is famous for its seven sanatoriums, theatre, concert hall and exhibition gallery, and boasts a cinema, a local history museum and museum-reserve Lermontov, near an old flower park with healing drinking pump rooms. From the belle epoque the heritage includes an ensemble of architectural monuments of great architects (including a federal historical monument – the castle of the British academician of architecture Samuel Upton) opposite the impressive Cathedral of Christ the Savior and the Rebrov estate.

The Museum “Pushkin House in the Caucasus”, although it is an insignificant part of this ensemble, for 8 years of museum activity has contributed to the regional cultural life. In recent years, the Museum held the film festival “Cultural Heritage of the Caucasus”, chess tournaments, a cultural and sports Olympiad “Pushkin Tournaments,” and other cultural events to popularize the work of the poet Pushkin in the Caucasus. Its closure represents an element of intimidation by local officials, and has caused regret among residents and tourists of the city of Pyatigorsk. Further, it reduces the revival of the city as a center of cultural and civic activity. We must hope that this is speedily and amicably resolved.

For a more detailed descriptionClick here