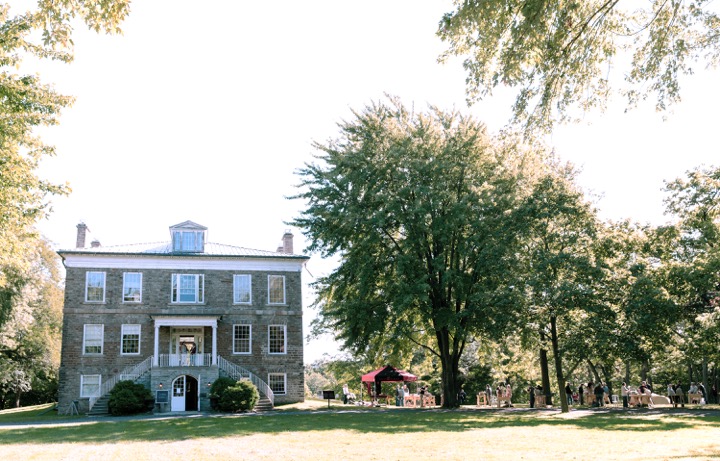 INTBAU is pleased to announce that Willowbank has signed an agreement to host the Canada Chapter. The two charitable organizations share HRH The Prince of Wales as their Patron.

The announcement comes during the 10th anniversary year of Willowbank, and as INTBAU prepares to host its World Congress on November 14-15 in London, UK, a biennial forum to discuss and debate pressing issues facing the built environment in communities around the world, this year exploring the future of cities and the wide-ranging impact of rapid urbanization on how and where we live.

“Becoming home to INTBAU in Canada will allow Willowbank a new outlet for dialogue around sustainable building practices, urban development and traditional architecture,” said Crystal Bossio, Executive Director of Willowbank, “as an institution we are dedicated to fostering discussion about how communities can learn from our past to make a more sustainable future – the agreement with INTBAU recognizes that Willowbank has become a key centre for these vital conversations in Canada.”

“We are thrilled that Willowbank will host the INTBAU Canada Chapter,” said Harriet Wennberg, Senior Manager of INTBAU, “it builds on the existing partnership between Willowbank and the Prince’s Foundation for Building Community, our sister charity. Willowbank will give a centre and greater dynamism to the INTBAU network in a Canadian context, while its work and students will gain increased international recognition as part of a global network. We are looking forward to working together towards our shared goals of building better places through the continuity of skills and traditions.”

Willowbank is an advanced educational institution on the Canada-U.S. border in Queenston, Ontario, founded in 2006. Its interdisciplinary approach to heritage conservation, balancing both skills and theory, is generating leaders able to integrate sustainable development, traditional knowledge and contemporary design. This entirely new approach to learning is complemented by the work of the Willowbank Centre for Cultural Landscape to understand the complex connections between natural and cultural heritage. The institution has also given dynamic new purpose to one of Canada’s National Historic Sites, the heart of Willowbank’s campus, and one of the world’s most unique classrooms.

Founded in the UK in 2001, INTBAU now has 27 national chapters. Each chapter focuses on local building traditions and architecture as well as the localized issues of rapid urban development. Each chapter defines its own activities. The Canadian Chapter was established in 2007, and has had great success through regional chapters. Willowbank will be engaging with INTBAU’s members across Canada following the agreement and will be announcing a series of joint educational opportunities in member cities in Spring 2017. Willowbank celebrated its announcement with a trip to Guelph this past Monday, where Willowbank students visited local historic buildings and hosted a discussion with the Guelph INTBAU chapter.

More information about Willowbank is available at willowbank.ca, and more about INTBAU at www.intbau.org.